Go211.com will be producing the entire webcast in Adobe Flash, with live scoring, live standings, rider bios, and a live chat, where viewers can submit comments to the web announcers, as well as communicate with other webcast viewers from around the world. Live morning shows will kick off the finals for both SuperPipe and ParkStyle competitions by recapping the semifinals action and interviewing riders including Shaun White, Jamie Anderson, Antti Autti, Mikkel Bang, Gretchen Bleiler, Kelly Clark, Ryo Aono, Kazuhiro Kokubo, Takaharu Nakai, Shota Suzuki, Torah Bright and Daisuke Murakami.

For more info go to Open Snowboarding or go211.com
Posted by John A Ciampa at 3:13 PM 1 comment:

Videos From The US Open VT March 2007

Here are a few videos from the 2007 US Open held at Startton Mountain last march.This year 2008 Snowboarding School And Snowboarding Stories put in for press credentials and hope to be at the US Open this March 17th-23rd we have been talking with sponsors so that we can bring you these events all the time. We are growing more and more and will do our best to hold the best contest for boards,trips,lift passes,tee shirts and others sponsored goods to you the readers of this site and our other branded blogs.

PS We are looking for more writers to add to our sites if you would like to be a writer drop us a line at snowboardingschool@gmail.com 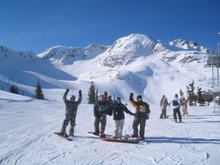 What a great time 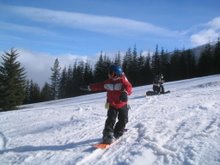 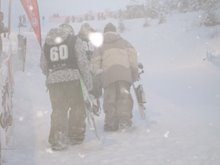 This years pics and Winners